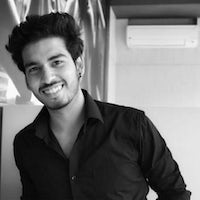 As a web developer, you are required to ensure that your users have the best of experience while using your product. Traversing your website with a keyboard is one of the fastest ways. Not only this, filling a form which is keyboard accessible takes 1/2 the time, if compared to filling the form using a mouse-keyboard duo.

But the thing is, accessibility is for the people who are either using screen readers or are using assistive technologies. My main aim here is to put down notes on tabindex and how it plays a major role in making your forms and DOM (Document Object Model) keyboard accessible.

How to find active element?

One of the problems while making a form keyboard accessible with tabindex was to find out where the fuck I actually was in the DOM while pressing the TAB key. At times it drove me nuts but then I had to find a better a solution. Turns out, its pretty simple.

Fire up the chrome/firefox developer tools in your browser and once you are done TAB-bing through the form and want to know which element is in focus, use “document.activeElement” and press Enter.

The most amazing thing about this is that when you hover on active element thrown by the developer tools, you’ll see something like in the picture above, and below! 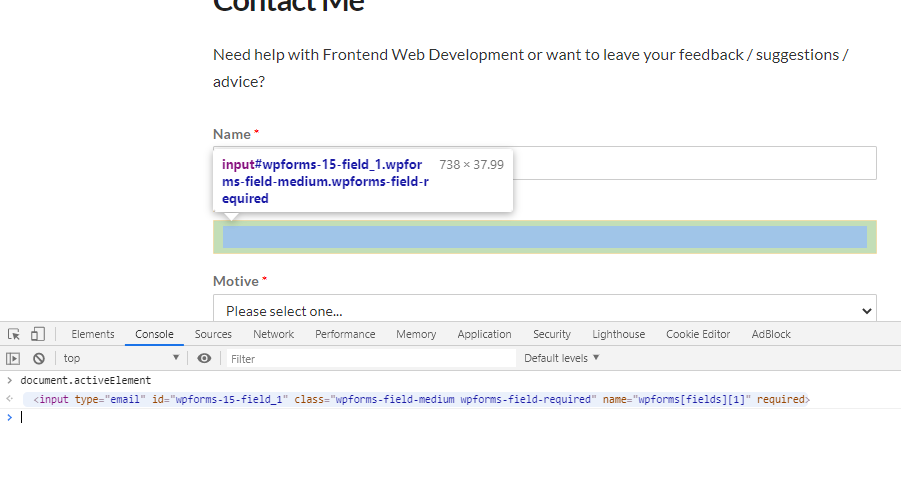 Understanding tabindex and how it works

tabindex is used for 2 major reasons:

There are 6 HTML elements which has the ability to focus by default i.e. you don’t have to explicitly put tabindex attribute.

This means, these 6 elements will have the focus during the TAB-ing behavior and the screen readers will be able to read these elements without any extra help!

The order will highly depend on the order in which these elements are coded in .html files.

For example, if you want to use <a> and <input> under the same parent, and you want the <input> to have focus before the <a>, then make sure you <input> has been coded before <a> in the .html file.

Therefore, if you are positioning elements with position: absolute then make sure the absolutely positioned element is AFTER the element you want focused on! I learnt this the hard way so want to give you a heads up!

The tabindex values can be negative, 0 or positive.

If you want to purposefully ignore an element in the TAB-ing sequence, just give it a negative tabindex.

<br/> 2. Zero: This is the default value. The 6 elements we talked about, will have tabindex="0" by default when the DOM gets built in the browser. But if you want to focus on a non-focusable element like <div> or <span>, you can explicitly give it a tabindex attribute with value 0. Once you do that, the element will follow the default TAB-ing order.

TAB-ing must be fixed with correct order of HTML elements within the source code.

I have been working as a web developer for more than 1.5 years now and I am a self-learner developer, like the majority out there. The thing with self learning is that you learn stuff when the opportunity knocks on the door to learn that shit. And this was no different. I learned about web accessibility recently and the sheer importance of it.

As web developers we need to understand that we enjoy the privilege to develop products and projects that will be used by speech and visually impaired people as well, apart from the rest of the world. Therefore the next time you are writing code in an HTML file, ensure that it adheres to web accessibility standards.